The Churches, Graveyards and Church Records

“The forms of these loved ones are cold in the grave
And o’re them the grass and wildflowers wave
The hearts that beat high like the oceans wild foam
Rests calmly in peace in their long silent home.”
Verse, 1836, from Cambie memorial in Cloughprior abbey

Between the years 530 AD and 550 AD there were ecclesiastical settlements in the village of Terryglass and at Kilbarron on the shores of Lough Derg. With constant invasions and raids they were abandoned and from the Civil Survey* carried out in the 1600s, Finnoe became the main place of prayer for the parish of Kilbarron, Terryglass and Finnoe. The neighbouring church of Cloughprior in the parish of Puckane was part of the Finnoe parish churches at that time also.

Up until 1814 because of the Penal Laws when priests were not allowed to say mass there was no Catholic Church in the parish though mass was said in Mass houses, one in Carney Commons and one believed to be in the old graveyard in Terryglass. In this parish the Anglican Clergy allowed the priests to also use the Anglican Church in Finnoe for Mass. St Ruadhan of Lorrha is believed to have built a church there in the 6th century.

There are 3 Church of Ireland Churches in the parish and 2 Roman Catholic Churches. There are 6 graveyards and they are used by both churches. 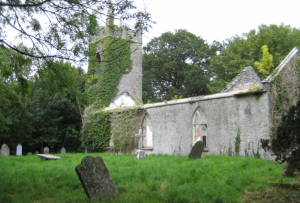 St Ruadhan’s Church of Ireland church in Finnoe was built in 1774 and deconsecrated in 1988. The graveyard is still in use today.

St Barron’s Church of Ireland church in Kilbiller Coolbawn was built in 1822-3 and deconsecrated in 1975. The adjoining graveyard is still in use. The earliest headstone dates to 1844.** The church is in private ownership. 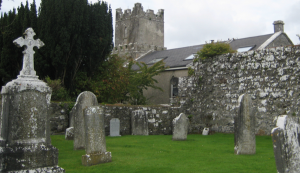 St Colum’s Church of Ireland Church in Terryglass built in 1809 was deconsecrated in mid 1980s. The graveyard is still in use. The church is in private ownership. 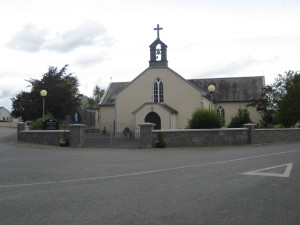 St Barron’s Catholic Church is situated in Kilbarron village (Newchapel) in the Townlands of Firgrove and Ballyquinlevan and was built in 1814. It had taken its name from the Old Abbey. The graveyard situated across the road was opened in 1957. 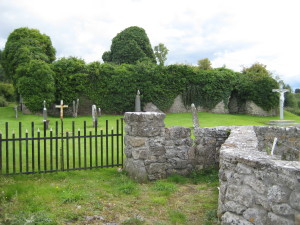 The Old Abbey is located in the ‘heart’ of the old parish of Kilbarron on the shores of Lough Derg. It is believed to have been built in the 11th century. It was invaded, plundered and destroyed in the early 17th century. The adjoining graveyard has a headstone dating back to the 1682. The graveyard is still in use today. 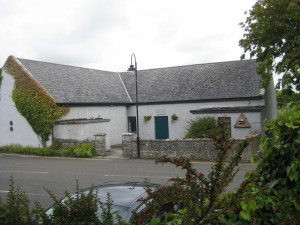 The Old Catholic Church in Terryglass in the centre of the village was built around 1814. When the New Church was built in Terryglass this building became the local school. It is now used as the Local Community Centre. 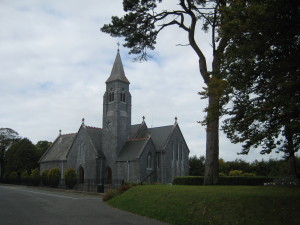 The present day church, The Church of the Immaculate Conception was built in 1884.   The graveyard of The Holy Cross adjoins the Catholic Church and was opened in 1940. 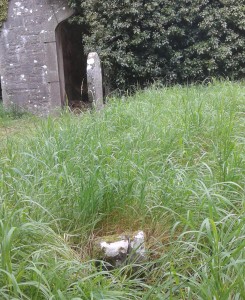 Often in graveyards there is just a stone to mark where a grave is. These stones, often called “Toe Stones”, were brought from the person’s home. Today Finnoe is the only graveyard in the Parish where these “Markers” or “Toe Stones” still exist in abundance.

{They got the name “Toe Stones” because the grass may have grown over them and when people walked into the graveyard they wouldn’t see them and would hit there toes!}

The Catholic Churches hold the Baptismal and Marriage records. They date from about 1820. All these records including the death records can now be accessed on line though the National Library of Ireland.

The Church of Ireland records date much further back but sadly in the civil war a fire in the records office saw a lot of the records destroyed. Five volumes of records from Finnoe parish were destroyed in that fire.

The Church of Ireland recorded the baptismal, marriage, death and burial records. The Burial records are very important as often there are no headstones to mark a grave and at least the burial records will show that a person is buried in a particular graveyard.

*How We Were in the Parish of Kilbarron-Terryglass by Bridie O’Brien
**Historicgraves.com

This website uses cookies to improve your experience while you navigate through the website. Out of these cookies, the cookies that are categorized as necessary are stored on your browser as they are essential for the working of basic functionalities of the website. We also use third-party cookies that help us analyze and understand how you use this website. These cookies will be stored in your browser only with your consent. You also have the option to opt-out of these cookies. But opting out of some of these cookies may have an effect on your browsing experience.
Necessary Always Enabled
Necessary cookies are absolutely essential for the website to function properly. This category only includes cookies that ensures basic functionalities and security features of the website. These cookies do not store any personal information.
Non-necessary
Any cookies that may not be particularly necessary for the website to function and is used specifically to collect user personal data via analytics, ads, other embedded contents are termed as non-necessary cookies. It is mandatory to procure user consent prior to running these cookies on your website.
SAVE & ACCEPT